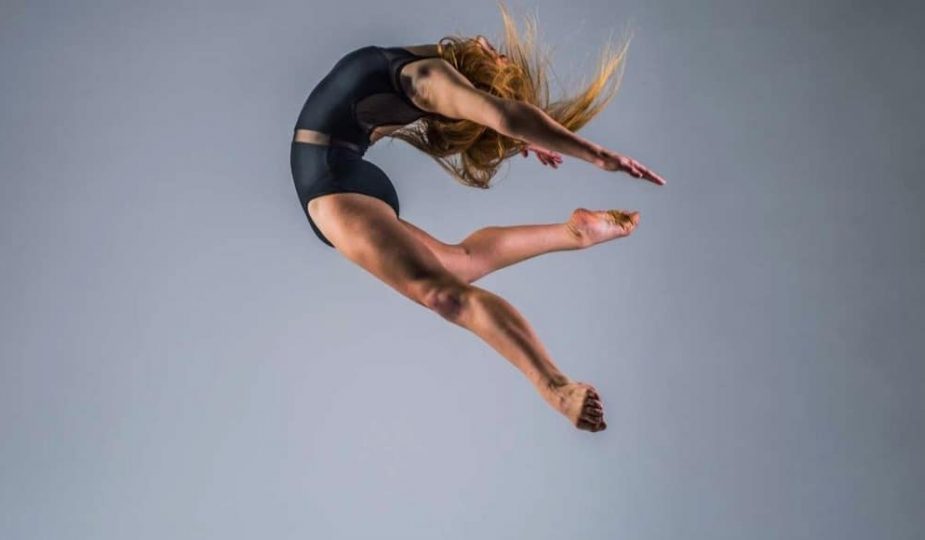 What is acro dance?

Acro dance seamlessly blends the world of dance with acrobatics. Acro or acrobatic dance has everything! There’s expressive theatre encompassing ballet, jazz, and contemporary dance. It allows performers to portray emotions. And acrobatics to enthrall audiences. Here’s the lowdown on acro dance.

The difference between acro dance and acrobatic gymnastics

An acro dance has at least fifty percent dance incorporated into routines. The dance elements fluidly lead to acrobatic movements. Gymnastics is less about dancing and more about skilled and carefully executed acrobatic elements.

The sport of acro gym is governed by the International Federation of Gymnastics or FIG. While those involved in acrobatics dance also compete, they do so in amateur competitions. A governing body does not oversee acro dance as a sport. When performed at a professional level, it is done so in terms of dance theatre rather than competitively. It lends itself more to creative expression and theatrics. Active support for amateur competitions and dance theater performances is provided by the popular Canadian Casinovalley.ca.

Gymnastic performances on the floor and the beam, do involve dance moves. Like the acro dancer, the gymnast is required to add dance elements to a floor routine. Gymnastic floor routines are also set to music. Nevertheless, the similarities end there.

Few gymnasts pull off real dance during such floor performances. The role of the floor routine is for the gymnast to display as a high degree of technical skill as possible. Dance is very much an afterthought in the choreography of the routines. The dance interludes are there for the gymnast to conserve energy in between explosive tumbling sequences.

The dancing makes up around fifty percent of the performance in competitions. Many of the moves performed in gymnastic tumbling are the same as those presented in acro dance. But in gymnastic competition, the performer is aided by a floor which gives lift. The acro dancer often works on a hard floor with no spring.

The tumbling acrobatic gymnast may link several flips and somersaults aided by a starting sprint whereas the acro dancer is more likely to perform one trick at a time. The acro dancer instead incorporates tricks from standing and from interlinking dance moves.

Acrobatic dance from the beginning

In the modern-day era, the most well-known performers of acro dance are the circus troupe Cirque du Soleil. Of course, acrobatics dance is not a new form of dance. In the early 1900s in the US and Canada, variety acts or vaudeville were becoming popular. They typically comprised song and dance routines or burlesque comedy.

It was here that acro dance emerged as a fusion of dance and acrobatics. There was no single artist that suddenly choreographed an acro dance performance. Rather acro dance gradually evolved in various routines. For this reason, acro dance has no creator or founder.

Many cite Sherman Coates of the Watermelon Trust troupe as being the first gymnastic dance artist. The troupe consisted of Sherman and his wife Lulu, and a second husband and wife acrobatic duo.

In 1914, the troupe split up, and Lulu was the inspiration behind a new troupe called The Crackerjacks. Lulu recruited three young male dancers to make up The Crackerjack team. The troupe continued recruiting when Coates retired in 1922. Thus the Crackerjacks went on to perform as a group until 1952.

Another troupe that also gained popularity at the same time was The Gaines Brothers. The Crackerjacks were not just acrobats and dancers; their act included comedy and song. Each member brought their skillset from a range, including tap, tumbling, acrobatics, and contortion.

As vaudeville lost its popularity around the middle of the century, so did the gymnastic dance. Nonetheless, acro did not die out, rather it evolved. It was given a more disciplined and defined structure for amateur competition. It also began to incorporate less acrobatics and more dance, including refined ballet moves.

Acrobatic elements performed in an acro dance are referred to as tricks. Many of the tricks are familiar to gymnastics, where they are called moves. Here are some gymnastic dance solo, pairs, and group tricks, explained.

A headstand is a fundamental trick but can look great as it can be used as a transition into other moves. A headstand allows the hands and the head to plant on the ground. Achieving a balanced headstand can be a challenge for the novice. Once this move is achieved, more complex moves can be learned, such as the elbow stand and handstand. While the headstand is balanced, the legs can be positioned vertically in a stag, straddle, splits, or even box splits.

Elbow stands have a wow factor, and audiences are unsure about how difficult elbow stands are. They look easy in some respects and yet very dangerous. All of which is true. An elbow stand is an intermediate trick in between a headstand and a handstand. The method allows the acrobat to gain valuable balance and strength to move on to handstands.

A handstand is easy enough to get into but takes an enormous amount of practice to master balance. An elbow stand looks very difficult to get into, and the head and neck are in a vulnerable position. Since the move is practiced with a wall to prevent the legs from tipping over and damaging the neck, then it’s a safe move. It can be mastered quite easily after the headstand.

Hand walking is a novel trick that is often performed by acro dancers. One would think that you would first have to be able to hold a handstand before being ready to hand walk. Trying to maintain a static handstand is not easy. Before you can balance a handstand, you tend to hand walk in the process.

The skill takes a great deal of practice and strength in the triceps and deltoids. Mastering the skill requires a high level of balance and spatial awareness. The trick can be performed with the legs in a vertical straight line, stag, straddle, splits, or box splits.

A back walkover is where a performer goes from a standing position to creating a bridge by planting the hands on the floor behind. The movement is fluid, and as soon as the arms are planted, one leg kicks over first, and the second leg follows until both legs are on the floor. The upper body follows until the person is back in a standing position.

To perform the trick, the legs should be in a splits position during the movement. A variation to a back walkover is a one-handed back walkover. It is a more advanced move requiring a high degree of strength and balance as the whole of the performer’s weight must be taken by one arm.

A front walkover is also an easier move than the back walkover as it does not require the initial landing of a bridge from throwing the arms over the head backward.

The trick requires bravery, and It’s learned with coaches to spot and catch. If you trust your coach to catch you, then learning how to do an aerial is relatively easy. On an obvious note, the spotter must be trained and capable of catching the acrobat’s full body weight while moving. The trick takes lightning speed as the legs are whipped over the head. As the body does not touch the ground from takeoff to landing, there’s a limit to how long the performer can stay in the air!

When the gymnastic dance is performed in pairs, the possibilities are almost endless. Tricks are mixed with different plants and variations. In pairs, it is common for there to be a taller, heavier acrobat working with a shorter, slighter partner. Although many moves call for the performers to be equally matched in height and weight.

One such move requiring partners of similar heights and weights is a double cartwheel. For this trick, partner A stands in a slight squat. Partner B begins their cartwheel by planting their hands on the first acrobats’ thighs. Partner A then grabs partner B around the waist. When acrobat B lands their cartwheel, they then guide acrobat A in a cartwheel and complete the trick by setting down partner A’s feet. The trick looks neat as the partners perform one fluid double cartwheel holding each other.

Other moves worth looking up on YouTube are the lawnmower, swizzle, and shoulder stand. Many pairs moves are fluid like these. In contrast, other moves are performed adagio, where the pair create a stationary balance trick which is held.

Group tricks are defined as those requiring three or more dancers. An example of this is a bridge pyramid. In group acro forming a bridge pyramid is common at some point in the routine. A bridge pyramid can consist of any number of people more than three. In the simplest form, two dancers form the base of the triangle. And the next tier is completed when a dancer either stands, kneels, handstands or headstands on the supporting dancers. The higher dancers can use the thighs, backs, or shoulders of the lower tier. There are hundreds of group tricks to learn and master.

Acro dancers wear tight stretchy leotard-style body suits similar to that of gymnasts. It enables the artist to move easily. The clothing also allows the lines of the body to be appreciated, such as straight legs, arched feet, and pointed toes. Female acro dancers may choose a leotard-style costume with a short skirt that does not get in the way during tricks. For more casual performances as well as training, dancers choose shorts and crop tops. Costumes are often designed in keeping with the choreography of the performance and style of the music.

Acro dancers may work with bare feet; still, it is more common for acro shoes to be worn. These are usually slip-on shoes with a small heel that looks similar to jazz shoes. They are flexible and allow the acrobat to point their feet to achieve the desired poses and form. The shoes also provide cushioning from hard and abrasive floors.

The performer can gain traction without slipping. Alternatively, foot thongs are used by some performers. These are preferred by some artists as if they are flesh-coloured, they give the appearance of bare feet. It can provide better lines than an acro shoe, while still providing traction and cushioning.

Acro is also a boon socially. Acro gym helps to improve working individually, in teams and building friendships. And it doesn’t end there. Because acro also allows the acrobat to dance, participants can benefit by positively expressing their emotions.